My copy of The Notebooks of Henry James is adorned by two sketches of James by the author and caricaturist Max Beerbohm. (Beerbohm wrote, among other things, the great novel-satire Zuleika Dobson.) Here’s the drawing that appears on the front cover: 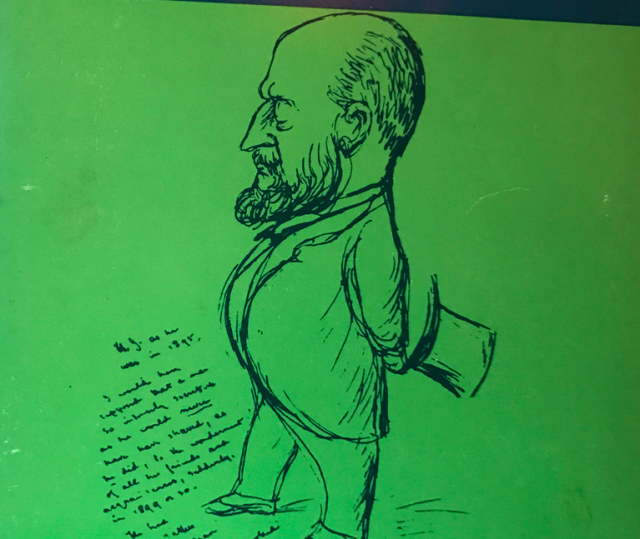 And here’s the one on the back: 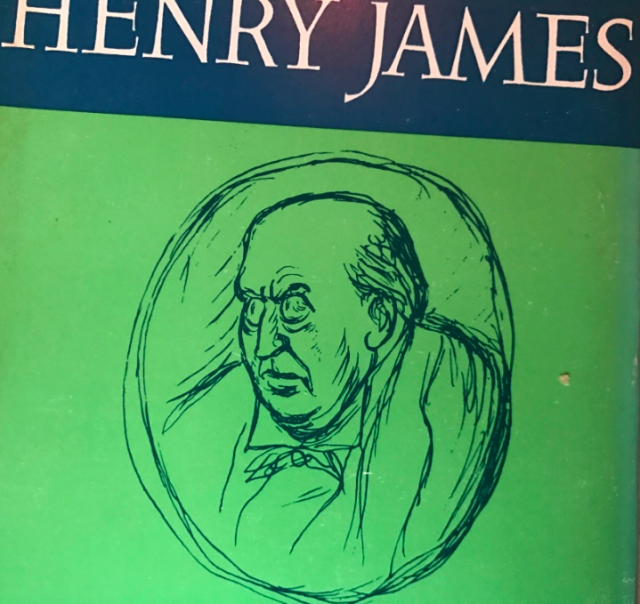 I’m especially fond of the second sketch, and the other night, I finally read the story of it on the book’s flyleaf:

Sir Max Beerbohm owned a copy of the first edition of The Notebooks of Henry James, which is now at the Houghton Library of Harvard College. Besides a number of notes and comments, it contains two pencil sketches of Henry James. One, facing the leaf of Acknowledgements, shows a bearded Henry James, with the following comment:

H.J. as he was in 1895. I would have supposed that a man so intensely secretive as he would never have have [sic] shaved, as he did, to the wonderment of all his friends and acquaintances, suddenly, in 1899 or so. He had looked rather like a Russian Grand Duke. Afterwards he looked rather like a lay Cardinal.

The second picture is James as a lay Cardinal. Haha! I also like James’ beardedness as a younger man being associated with his secretiveness.

(By the bye, these drawings are on the 1961 OUP edition of the Notebooks if you’re wanting a musty, scuffed copy for yourself.) 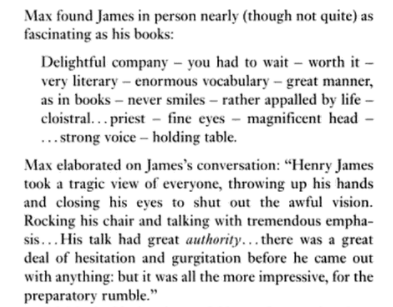 I’m always interested in descriptions of people, and “Henry James took a tragic view of everyone, throwing up his hands and closing his eyes to shut out the awful vision” is such a wonderful one-sentence one.

I share these portraits of James in advance of the next letter here, which will be on the beginnings of The Portrait of a Lady, when the author was changing it from an “aching fragment” into a novel. That’s ushering in the theme of the next few months of Black Cardigan letters: beginnings—beginnings of books, writing careers, and other creative origin stories. I think it’ll be fun! And, I hope, a good, generative vibration to send out in the world right now.

Also, as an aside, this letter will be going out every other weekend now, instead of on Thursdays. (Sorry about the lapse earlier this month: deadlines, gargantuan honking cold.)

Earlier this month, the wonderful Nicole Chung interviewed me for Catapult. It was a lot of fun! We talked about my approach to editing, my time at The Awl, as well as my novel.

Annnnd I’m pleased to announce that Black Cardigan Edit has revamped! It’s now entirely dedicated to being a place where you can send your book manuscript when you want it lovingly scrubbed up and made ready to go out into the world.

There are now two ways to work with me if you have a work-in-progress (or an idea for one) and want developmental editing guidance, too. One’s called Packet Ship, and it’s a good option if you’d like to work together but prefer a looser time frame. The other is called Book Beast, starts May 1(!), and is excellent if you’re a writer who prefers a tighter structure (and accountability) to keep up momentum. Book Beast lasts seven months—it’ll finish up November 30—and was planned so that you can make good progress on your book while keeping up with a day job or whatever other responsibilities you have. I’m super excited about it. Check out more here. (Spots are limited, and I’ll be offering a 10% Early Beast discount to the first five people to sign up.)

Until next time,
wishing you well in all your aching fragments,
CAAF