In a recent profile and interview with Tayari Jones, Bim Adewunmi writes:

Jones likes her books to tell the stories of where she’s from. “You think about John Irving; everyone in John Irving’s books go to Exeter. He’s got his Exeter, and I’ve got my SpelHouse,” she says, smiling. The urban South, she says, “is the bedrock of everything I do.” Jones’ Atlanta is distinct from other Southern writers’ sensibilities, because it is based so much on her own perspective, as opposed to an established folklore.

I trust you already know this but Jones’s new novel, An American Marriage, her fourth, rocketed out of launch last week. Different bits of Adewunmi’s profile have stayed with me since I read it. Some serious, such as the discussion of the novel’s title (“‘I had never heard of myself as American without “black” or “African” in front of it,’ says Jones.”). Some, uh, more frivolous. Like thinking about Jones’s bookshelves. And reminding myself of John Irving’s other writerly preoccupations in addition to Exeter—bears, wrestling—and then what mine would be if listed out. This is the sort of thing that’s fun to think about, hoping that Terry Gross might ask you about it someday (“CAAF, your writer preoccupations?”), and one high on my list, I realized, is costumes. “Well, Terry, I grew up in a theater-loving circle in Appleton, Wisconsin, and all my parents’ friends were in plays and musicals every year for the local community theater group. I spent a lot of time backstage and in the audience of different shows, including for several performances of a production of Sweeney Todd during the run of which the prop knife kept misfiring at key moments of suspense and squirting fake blood in a wild trajectory across the stage, like if you squeezed really hard on a full ketchup bottle.”

*Is never asked back.*

What interests me isn’t just costumes themselves—though I do love those—but the people who design and make them. The entire process of production: the designers’ digging around in books for research, their field trips for inspiration, as well as the actual making of the costumes, with all the ingenuity and trial and error involved. (“It’s like writing—but much, much cooler, Terry.”) And so during a jittery, sad week, it’s been a joy to have lots to read about Ruth Carter, the costume designer for Black Panther. I love that the movie is so huge, that if I want to read about its costume designer there are NEW INTERVIEWS AVAILABLE ALMOST EVERY HOUR.

This interview with Kurt Andersen encompasses Carter’s work on past films, including how she translated a historic mention of “looked like doves” into the white shirts of a courtroom scene for Amistad:

It then moves on to her work on Black Panther, including this part on the costumes for Nakia, Lupita Nyong’o’s character, and the other Dora Milaje: 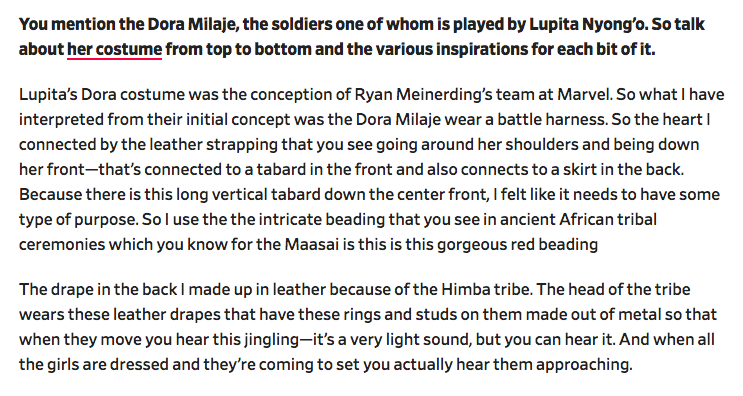 “And when all the girls are dressed and they’re coming to set you actually hear them approaching” (!). 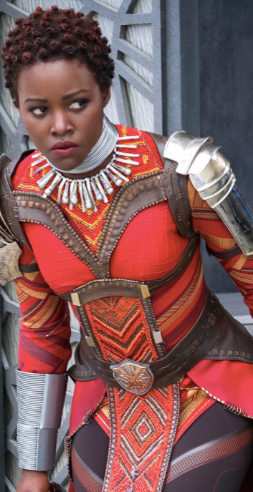 Carter describes the process of creating another of Nyong’o’s costumes in this excellent piece by Tanisha Ford. 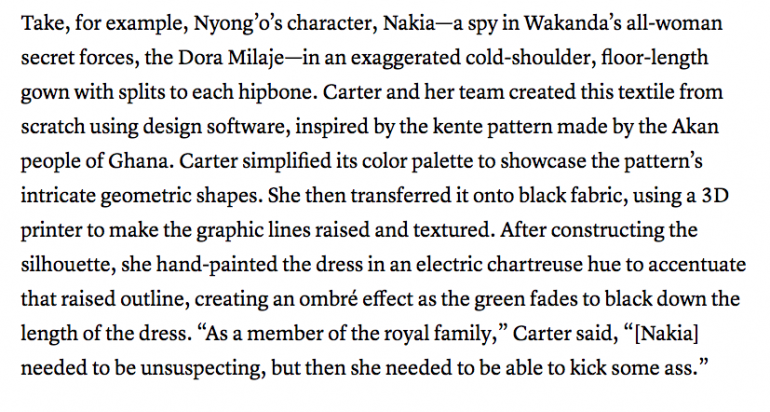 If you’re effervescing until you can get to the theater, I’d also recommend two Style pieces: The first on the work of Camille Friend, who headed up the movie’s hair department, and a second, by Walter Thompson-Hernández, on how Black Panther is changing cosplay culture, which includes nice video of the cosplayers’ costumes. 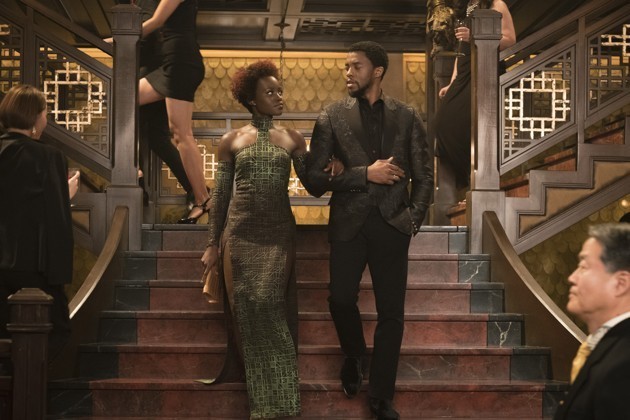 ONE MORE THING ABOUT COSTUMES FOR WOMEN THAT LOOK LIKE ARMOR

I’ve been on a John Singer Sargent dive this week (book research) and came across interesting background on the Lady Macbeth costume that the actress Ellen Terry is wearing in his 1889 portrait (below). I’m going to give you the full paragraph, taken from Donna Lucey’s Sargent’s Women, about the way the dress struck Sargent as looking like “soft chain armor.” Please stay for the sewing on of the beetle wings:

Sargent, an avid theater fan, took in the opening performance on December 27, 1888, and audibly gasped upon the actress’s first entrance. That dress! It shimmered like “the scales of a serpent,” and hugged Terry’s figure like “soft chain armour.” That had been the intent of the costume designer, Alice Strettell Carr … But the dress hadn’t come easily. Carr couldn’t find any fabric in England to create the sensuous yet metallic look she had in mind. She imported fine yarn from Bohemia—strands of green silk twisted with blue tinsel—and then crocheted the yarn into a dress based on a thirteenth-century design. It was floor length with large sweeping sleeves, but still lacked the theatrical brilliance to project to the final row of the theater. Inspiration came in the form of luminous insects. Carr had countless iridescent beetle wings sewn all over the dress. In a finishing touch, she arranged rubies and diamonds along the edges of the costume to create Celtic-style patterns.

I would read a thousand endnotes about this, including who was charged with catching the beetles and how Carr went about purchasing them. 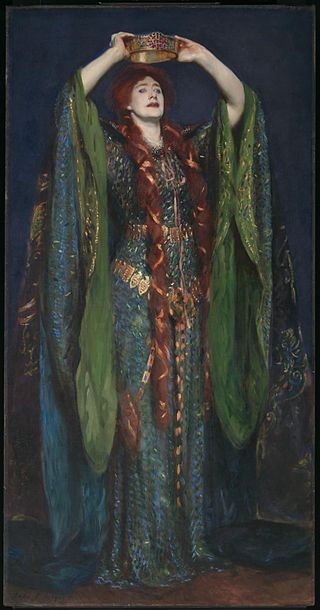 I’m excited to share that I’m hosting a writing retreat this spring, from April 26-29! It’ll be held at a beautiful place about a half-hour’s drive from Asheville, NC. The theme is “Hocus Pocus,” and I’ve planned it as guided four-day witchy creativity jumpstart that’ll help you make good progress on whatever you’re writing, whether you’re at the starting point or further in. One-on-one guidance from me, prompts, workshops (including perfume-sniffing and a little bit of costume making). Beautiful organic meals. Yoga (gentle, all-levels, and taught by this magic teacher). Hiking. And all kinds of other good stuff.

There are ten to fourteen spots (depending on room arrangements), and three have already been taken. If you’d like to receive more info, reply to this email and I’ll send it to you!

Until next time,
hoping that when Terry Gross asks if you can recite the lyrics to “What I Did For Love” with the same trembling intensity you could at age eleven, you’ll be ready,
CAAF