Since I wrote last, I went to Yellowstone for a couple weeks, got home, and have been on a tear catching up on Black Cardigan projects and working on my book.

The Yellowstone trip was amazing: in some spots, like visiting the strangest, most beautiful space-scape on a planet that just happens to also contain bison and elk. If you don’t know much about Yellowstone: The park’s absolutely enormous, and much of it is over a volcanic caldera. So in some places there are forest and woods, with mountains and sparkling rivers and bison; then in others, it becomes a bubbling hissing oozing steaming volcanic wonder-world; and then, whoops, it’s back to pine woods and bison. There are famous features like Old Faithful of course, but there were also what seemed like a gazillion random pools and hot springs and bubbling boiling cauldron-y things that you’d come across on different trails that weren’t important enough to be marked in the guidebook but were just ludicrously gorgeous all the same, out there in the middle of nowhere, thrumming and thumping and spouting away.

Lots of people all over the place, too, of course. Tour buses and cute old men in velour athleisure wear stumping through parking lots and kids getting pep talks from their parents and people shouting things like, “Chrissy, a geyser’s going off! I think it’s Old Faithful!” while standing in front of Old Faithful Inn. That kind of thing. Walking on a couple of the more crowded boardwalks around the geysers felt a little like being stuffed in a Fellini film. Lots of lives and mini narratives and odd glancing intimacies. At one of these stops, the boardwalk snaked around a few different features, and over the course of the 3/4’s-mile (?) walk, a couple I kept ending up in pace with: fought (“why should I speak more quietly? This isn’t a li-brary“); made up; went through a serene golden patch; fought again; grew darkly inscrutable (her) and genially oblivious (him); then were laughing and sitting on a bench next to each other when I got to the end. At last sight, they were holding hands on their way to their car. And that was one of, say, fifty storylines from that stop—and meanwhile, beyond the stuffed boardwalk, was this eerie empty immensity of smoldering landscape. 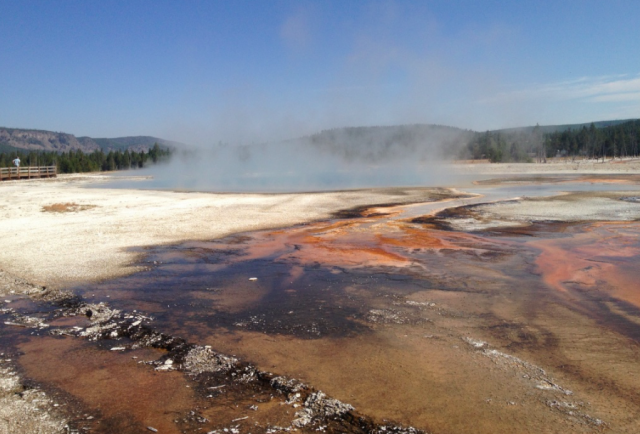 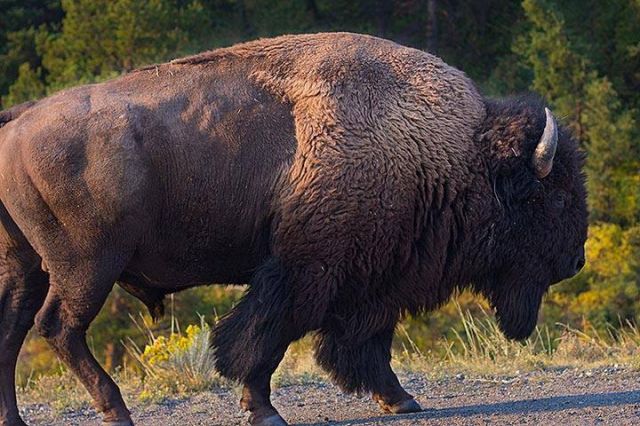 A friend commented on this that bison “always look like they forgot to put on their pants”—which, yes!

What else, what else?

• I rode a horse in Wyoming! His name was Jimbo and my affection for him is in direct proportion to his never dropping me in the sagebrush. <3 Jimbo and his deviated septum and his habit—easy to sympathize with—of pausing on long ascents to catch a breather. • The signs around a few of the thermal features explicitly prohibited drone-flying and, at the Grand Prismatic Spring, the sign went into more detail, saying something like: "A couple years ago, a guy from the Netherlands accidentally flew his drone into this hot spring and :-(." That's a rough paraphrase obviously but the "from the Netherlands" part was there, and that phrase on an official sign seemed both wonderfully vague and specific at the same time—like the ranger who'd worded it had gone through some internal struggle over wanting to blurt out EXACTLY WHICH DUMBASS HAD FLOWN HIS DRONE INTO THE NATURAL WONDER but had managed to keep it inside. Mostly. • We visited a lot of different spots around the park, and I got to see all kinds of animals—including, thanks to a stranger's letting me look through her scope, two wolf cubs (!!)—but no grizzly bears. I was both relieved and sorry about that. Mostly relieved. At the start of the trip, a friend had read aloud an article written by someone—a ranger, I think—who had been attacked by a grizzly and lived to write an account of it. This person had been out hiking with her husband, Bob, and she described how in the moments before the attack, "Bob felt uneasy." That sentence glued itself into my head. Bob felt uneasy. After that, whenever we'd be hiking through a particularly dense stand of trees with, you know, a little stream running nearby, and late-summer berries dripping off the bushes, the entire scene screaming "What a nice place this would be to hang out if you were a bear," I'd think it:
Bob felt uneasy.

Anyway, I did go to a talk about grizzly bears by a researcher named Marilyn French (who’s done, along with her husband, really great work on the bears that live in Yellowstone) and in the beginning of the talk she was pointing out the ways you can tell a black bear from a grizzly bear and one of the differences was “grizzly bears have very small ears,” which … once you see, you CAN’T UNSEE. 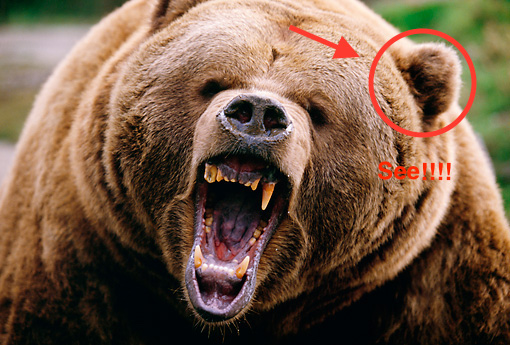 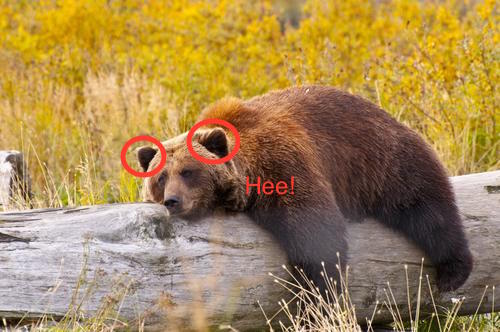 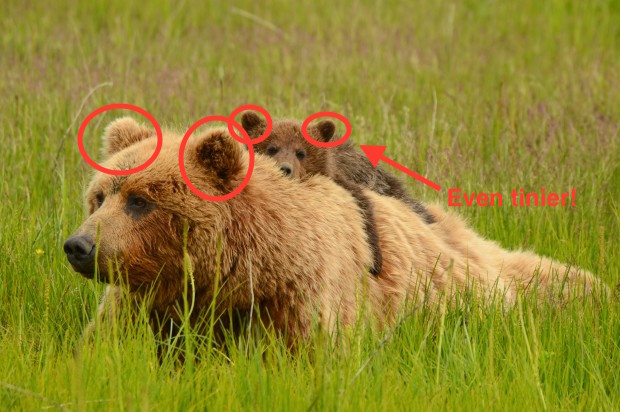 So that’s where I’ve been! Next week’s letter returns to the theme of exploring and journeying and movement that started with Adriana Cloud’s poem “Doors.” That letter was about the importance of picking a destination and getting out the door, the next few will be about getting lost in the woods.

Until next Thursday,
wishing you good bubbling and boiling,
CAAF