There’s a wonderful, creepy Shirley Jackson story—you may already know it—called “The Summer People.” It’s about a couple from New York City who decide to stay at their little cottage on the lake for a month past Labor Day instead of returning as usual to the city right after the holiday. The story starts out with Mrs. Allison, age 58, doing her shopping in the nearby village and announcing her and her husband’s change in plans. The first person she tells is the grocer:

“Nobody ever stayed at the lake past Labor Day before,” Mr. Babcock said. He was putting Mrs. Allison’s groceries into a large cardboard carton, and he stopped for a minute to look reflectively into a bag of cookies. “Nobody,” he added.

“But the city!” Mrs. Allison always spoke of the city to Mr. Babcock as though it were Mr. Babcock’s dream to go there. “It’s so hot—you’ve really no idea. We’re always sorry when we leave.”

Suffice it to say, by the story’s end you understand why nobody stays on at the lake past Labor Day. In that, it’s a close cousin to “The Lottery,” that other Shirley Jackson story about the ominous summer observances of New England villages (“The morning of June 27th was clear and sunny, with the fresh warmth of a full-summer day; the flowers were blossoming profusely…”). 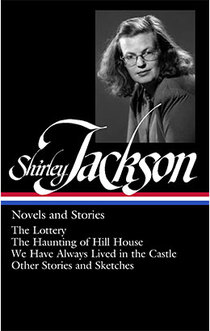 “The Summer People” was written in 1950. “The Lottery” was written a couple years before, in 1848. It was written very swiftly one June morning. As Jackson later recounted in her lecture “Biography of a Story”:

As a matter of fact, when I read it over later I decided that except for one or two minor corrections, it needed no changes, and the story I finally typed up and sent off to my agent the next day was almost word for word the original draft. This, as any writer of stories can tell you, is not a usual thing. All I know is that when I came to read the story over I felt strongly that I didn’t want to fuss with it. I didn’t think it was perfect but I didn’t want to fuss with it.

It was published in The New Yorker only three weeks later (!!). As Jackson noted, “My agent did not care for the story, but—as she said in her note at the time—her job was to sell it, not to like it.” The magazine didn’t want to fuss with the story either. The only change the fiction editor requested was that “the date mentioned in the story be changed to coincide with the date of the issue of the magazine in which the story would appear, and I said of course.” This is all a digression but I find it fascinating—how the story came out so quickly; Jackson’s wisdom in not rewriting the life out of it (and the editor’s too); and how even though the story’s first reader didn’t like it, it went on to be her most famous story. A few years ago, Ruth Franklin—whose biography of Jackson comes out in two months (hurrah!)—wrote about all the confused, upset, outraged letters The New Yorker received after “The Lottery” was published. Many had misunderstood the story to be nonfiction.

Meanwhile, “The Summer People” appeared in the September issue of a magazine called Charm, the timing of its publication perhaps a caution to any city people thinking of staying at their summer homes past Labor Day. (“The Summer People” is collected in Come Along With Me, but, if you don’t already own it, I’d go ahead and spring for the Library of America’s Shirley Jackson volume, which is fantastic and has it too.)

The Summer People Of Kelly Link 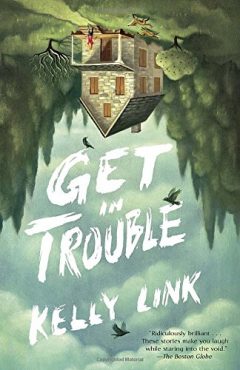 Kelly Link’s story collection Get in Trouble was one of my favorite books of last year. As it happens, it leads off with a story that’s also titled “The Summer People.” The story’s incredible. I couldn’t sleep the night after reading it, it was so strange and suggestive and beguiling. It’s set not in New England, but in a rural western North Carolina county—one a couple hours west of Asheville—where a lot of wealthy people have summer homes high in the mountains. And while Jackson’s story sticks to the viewpoint of the village outsiders, the Allisons, Link’s “The Summer People” is from the perspective of Fran, a high-school girl who acts as a caretaker for out-of-towners’ homes. There are other interesting correspondences and inverses between them, and yet each story is also uniquely itself. Knowing that Link is a Jackson fan, I’ve wondered about the relationship she’d intended the stories to have. So I emailed and asked her about it (I’ve added in links to the books she mentions):

Was Shirley Jackson’s story present for you as you were writing yours? Or was it a relationship that sprang up later?

Yes and no. Yes, in the sense that the title was always the title, and I was taking that from Shirley Jackson. And no, because I intentionally did not go back to reread Jackson’s story at any point while I was working on mine. I liked the idea of writing a story where all the play between Jackson’s story and mine would come from the reader, rather than from me. (If that makes any sense.)

Not to tread too heavily on “where do you get your ideas?”, but does your story have any interesting origins or associations that you wish people would ask you about?

The questions that I like best are the ones that I can’t anticipate! I guess that I could mention that I was under a deadline to write this story at a time in my life where we were living, temporarily, in an apartment in Allston, Massachusetts. Our daughter had just been released from the rehabilitory hospital where she had been for over six months due to complications from prematurity. A writer friend pointed out that this was, in sideways fashion, a story about caretaking and parenting and responsibility — and, I suppose, a desire to escape.

But what I knew that I wanted to write about was fairies and toy making and catalog houses. We were editing an anthology of young adult steampunk stories for Candlewick, and there seemed like there was space in the anthology for that kind of story.

Oh, boy. It’s almost always either “The Summer People” or “One Ordinary Day, With Peanuts.” When I was a kid, I loved the stories in Raising Demons and Life Among the Savages. Over a year ago, Tin House ran a previously unpublished Jackson story, “Mrs. Spencer and the Oberons” — it was eerily great to read a Shirley Jackson story that I hadn’t ever read before.

“Mrs. Spencer and the Oberons” was later published in Let Me Tell You, the collection of previously uncollected Jackson stories and essays that came out last year. I keep hoping for a Bolaño-esque thing where more and more Jackson stories keep being found and published. “And here are three lost novels! We found them buried in the garden.”

At Longreads this week, a dispatch on the Victorian profession of the “cat’s meat man.” Cat-centered trivia to share at your remaining summer barbecues!

Until next week,
looking reflectively with you into that bag of cookies,
CAAF