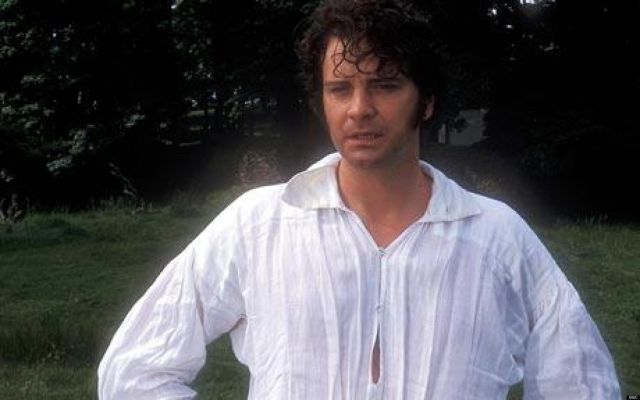 Alas, while Pemberley has much to recommend it, it does lack AC. Just look at poor sweaty Mr. Darcy.

We don’t have AC at the house and I like to think that I don’t mind but we’ve reached the point of summer where every year I remember that I do mind. Picture a person. Picture a stunned torporous sweaty person. There you are—that’s me around 3 in the afternoon! I kept lingering wherever I went yesterday that had air conditioning. So let’s unfrizzle today with Jane Austen. Six words from her novels and letters, three familiar, one middling familiar, two less so. All six intended to be refreshing to put into use on these days of vexing heat and detestable humidity.

Amiable: This is used 36 times in Pride and Prejudice! Here is Mr. Collins’s entry:
But she is perfectly amiable, and often condescends to drive by my humble abode in her little phaeton and ponies.

Detestable: From Emma:
What is passable in youth is detestable in later age.

Vex: From Emma again, very first sentence:
Emma Woodhouse, handsome, clever, and rich, with a comfortable home and happy disposition, seemed to unite some of the best blessings of existence; and had lived nearly twenty-one years in the world with very little to distress or vex her.

(A bonus ‘vex’ sentence from Pride & Prejudice: “It would vex me, indeed, to see you again the dupe of Miss Bingley’s regard.”)

Perturbation: I’d always understood ‘perturbation’ as having a negative cast, similar to ‘agitation’ and ‘turbulence.’ But a post on “10 of the best words from Jane Austen novels” on Grammarly points out that in “astronomy, perturbation occurs when a celestial body deviates from its normal orbit due to the disturbing influence of other celestial bodies.” And the word’s use in Lady Susan conveys a happy sense of movement:

Little did I imagine, my dear Mother, when I sent off my last letter, that the delightful perturbation of spirits I was then in would undergo so speedy, so melancholy a reverse.

Nidgetty: Meaning trifling or fussy. From a 1798 letter from Jane Austen to her sister Cassandra:

I have been enabled to give a considerable improvement of dignity to my Cap, which was before too nidgetty to please me.

The whole paragraph it’s from features such soothing nattering:

Younker: A young nobleman or gentleman and, the OED adds, that in early use it carried with it a sense of “a gay or fashionable young man.” From Persuasion:

Ah, the peace has come too soon for that younker!

(Previously in Words With…: Finks, Never Mind The Stodge, and Charles Dickens.)

Until next week,
hoping you will allow me to tell you how ardently I etc. you,
CAAF