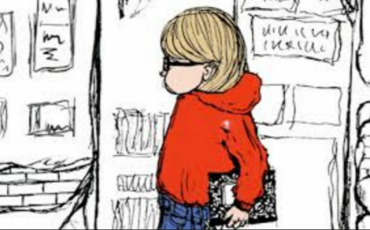 Last week, my friend Maud was in town from New York for a funeral, and one afternoon I met her and her stepdaughter Autumn at a teahouse downtown. The conversation turned to what we were each reading, and I mentioned that I was rereading Harriet the Spy. Within a minute, I noticed, we’d all grown extremely animated: three women in the corner of a dark tearoom, waving their arms around and exclaiming “Harriet the Spy! Harriet the Spy!!”

The Wisdom Of Ole Golly

Louise Fitzhugh’s Harriet the Spy came out in 1964. If you haven’t read it, it’s the story of an 11-year-old girl who lives in New York City who plans to one day become—wait for it—a spy. Which is to say, a writer. In preparation, she fills her notebook with observations on everyone she sees—including, disastrously, her friends and classmates.

What else, what else? When Harriet’s working on her spy route after school—which entails eavesdropping on five households in her neighborhood—she wears an old sweatshirt, jeans, a pair of old dark glasses that she thinks “make her look smarter” (there is no glass in the frames), and a belt of tools with a flashlight. She always has her notebook with her. Always! Her house has a cook and a live-in nurse (the wonderful stern Ole Golly), and if you were a kid growing up outside New York City these last points may have seemed curious when you first read the book. Huh, maybe everyone in New York has a three-story house and a cook, you may have thought. One pleasure of rereading the book as an adult to see how sharply Fitzhugh was depicting a certain strata of wealthy Upper East Side New Yorker. (If you’re curious, this map shows a walking tour of the spots in the book.)

A couple years ago, in honor of the book’s fiftieth anniversary, Anna Holmes wrote a marvelous essay exploring all the many things that Harriet has in common with Scout in To Kill A Mockingbird. She notes that by the conclusion of both books, Harriet and Scout have become “more aware that everyone has secrets, and everyone has a complex inner life.”

In Harriet the Spy, this theme is signaled at the book’s beginning when her nurse Ole Golly reads aloud a Dostoyevsky passage to Harriet. Ole Golly enjoys an edifying quote, but this one is long enough for its inclusion to be significant: “Love all God’s creation, the whole and every grain of sand in it. Love every leaf, every ray of God’s light. Love the animals, love the plants, love everything. If you love everything, you will perceive the divine mystery in things. Once you perceive it, you will begin to comprehend it better every day. And you will come at last to love the whole world with an all-embracing love.” To get at the divine mystery, Harriet has to develop empathy. She has to learn, as Holmes points out, to walk in a friend’s shoes and feel “the holes in his socks rub against his ankles.”

Along the way, Harriet grows more aware of the feelings of strangers, too. Here she is on a walk to school: “Everything looked very green and holy in that sad light before a rain. Even the Good Humor man on the corner, the one with the ridiculous nose, looked sad and moody. He took out a large blue handkerchief and blew his nose. It was somehow so touching that Harriet had to look away.”

Near the book’s close, Ole Golly delivers one final piece of wisdom, this time in the form of a letter. I’m going to quote a chunk of it because it’s GOOD advice. The mention of “love” serves as a call-back to the Dostoevsky passage she’d read to Harriet earlier:

Now in case you ever run into the following problem, I want to tell you about it. Naturally, you put down the truth in your notebooks. What would be the point if you didn’t? And naturally these notebooks should not be read by anyone else, but if they are, then Harriet, you are going to have to do two things, and you don’t like either one of them:

Otherwise you are going to lose a friend. Little lies that make people feel better are not bad, like thanking someone for a meal they made even if you hated it, or telling a sick person they look better when they don’t, or someone with a hideous new hat that it’s lovely. Remember that writing is to put love in the world, not to use against your friends. But to yourself you must always tell the truth.

If Harriet wants to be a writer, the two bits of Ole Golly wisdom are the bookends to her journey. On reread it becomes strikingly parable-like: Love and a tender curiosity toward your fellows is the goal; telling the truth is the compact you always keep with yourself. Your notebook is where you practice both.

The Spy And The Notebook

I’ve reread Harriet The Spy as an adult a couple times now and appreciate it more each time. This time around I amused myself by trying to imagine how Janet Malcolm would describe the whole saga of when Harriet’s classmates find her notebook: “Every 11-year-old spy who is not too stupid or too full of herself to notice what is going on knows that what she does is morally indefensible.”

“Writers don’t care what they eat. They just care what you think of them.”
— Sport, Harriet’s best friend (his dad is a writer) 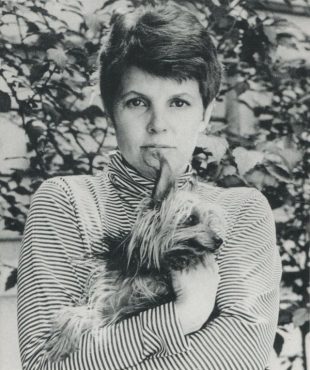 Recently, Lizzie Skurnick Books reissued another Louise Fitzhugh book, Nobody’s Family Is Going To Change. If you’re a Harriet the Spy fan or have one in your life, you should get a copy. And if you know a young reader, there are worse things you could do than outfit them with a Fitzhugh corner for their bookshelf. 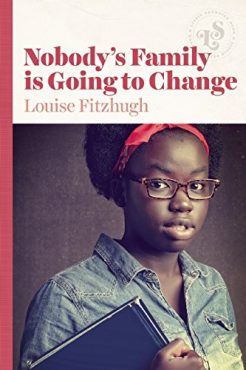 More on notebooks on Thursday! Until then,

Wishing you a good week of working your spy routes,
CAAF