Eeh-hee-hee! So apologies if this isn’t your bag and we’ll be back to regular programming next week! But my birthday’s this weekend, and in a sentimental and celebratory vein, I wanted to share what is a source of ongoing pleasure and glee for me, which is a file on my computer called Awkward Photos of Duran Duran.

The collection started four years ago, when I wrote an article for The Awl with my friends Allyson and Sarah about a Duran Duran sleepover that Allyson hosted back when we were in junior high. (Allyson and Sarah preferred not to use their last names on the piece so that, when people Google them, the top search results will not be “Total Duranie” forever and ever.) The occasion for the article was Nick Rhodes’ 50th birthday (his is June 8th!). While Choire was editing it, he found one of the photos that you’ll see below, and the collection started.

The piece was a look back at what it was like to be a teenage fan in a town like Appleton, Wisconsin, back in the ’80s. In my bedroom during this period, I had three walls dedicated to posters and pictures of Duran Duran (the fourth one was Bowie). Two of the walls were the “good walls” —and that was where I hung photos like this one: 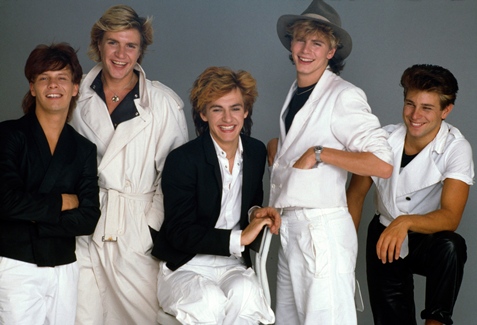 The third wall had pictures that were more like this: 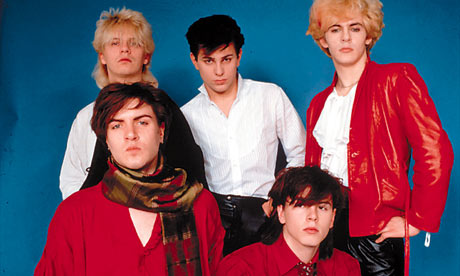 Not terrible… but one that junior high-me would have deemed more outtake-ish (“where are you looking, John?”).

Now, even then, with eyes filled with love, I’d noticed that the fact that John and Simon were both very tall (6’2″, Google reminds me) while the other members of the band—Nick, Andy, and Roger—were in the 5’7″ to 5’8″ range presented certain challenges for photographers. Often the height range could be made less noticeable by strategic posing. Like here: 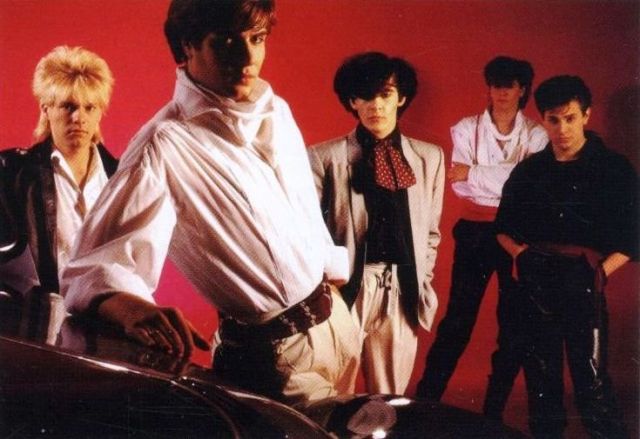 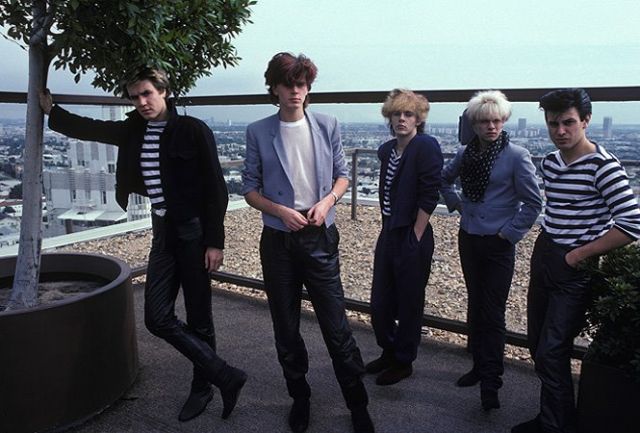 This is the picture that kicked off the collection, the one that Choire found. Here you can see that the photographer hoped to get around the height differences by lining Nick, Andy and Roger up in a row like three garden planters. And by making Simon lean against that tree. (Obviously, however, it’s Andy’s expression that’s the very best thing here.) 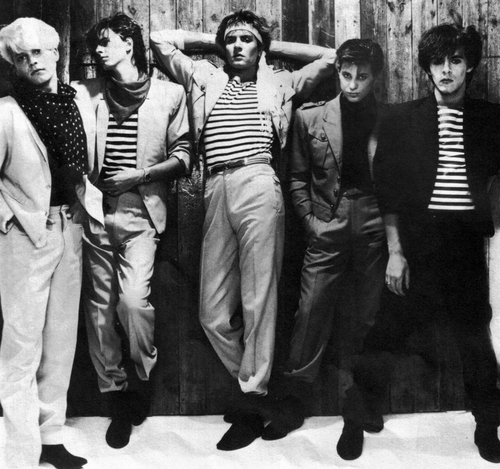 “I just like how he’s always leaning. Against stuff. He leans great.” 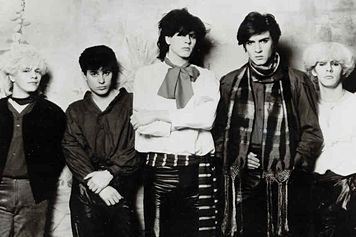 Because, again, here’s what happens if you make no one lean. 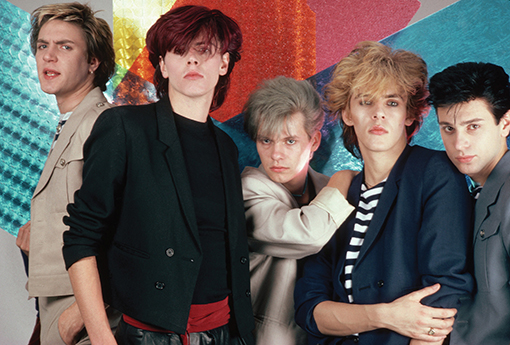 Another with no lean. And another where Andy is making sure that the eye goes to him. Only him.

Not all the pictures in the file are awkward because of height differences. Others are in there just because I like what’s going on in them. Such as the one below, where every member of the band seems to have a distinct take on “I like my hair best when it’s … ” 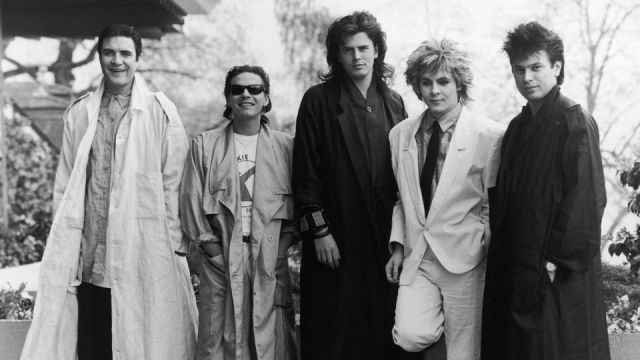 And this one with Roger doing selfie chin: 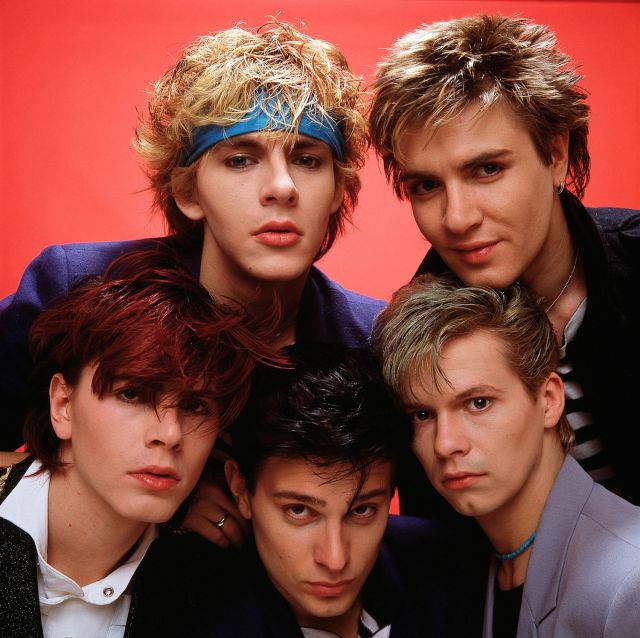 As with the hair photo above, everyone here is taking a different approach to seducing the camera, aren’t they?

And last, another favorite: 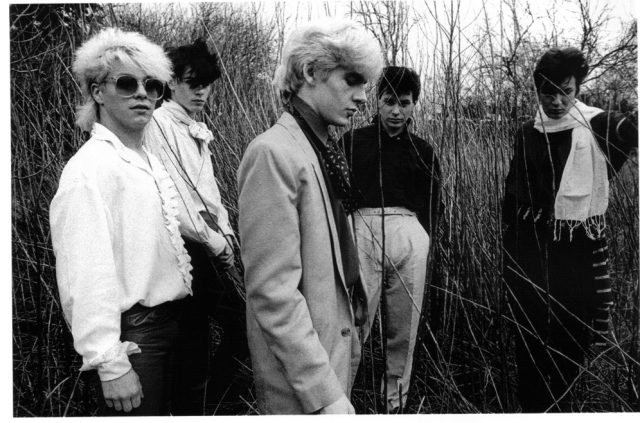 Duran Duran is touring right now, and Sarah and Allyson are going to their St. Paul show in July. (The timing didn’t work for me to join them. 🙁 ) Andy’s left the band—he is, I assume, venting his spleen in a pub somewhere in northern England—but I appreciate that he’s still managing to appear in some of the band’s promotional photos in the guise of “a shaft of nimbused light.” 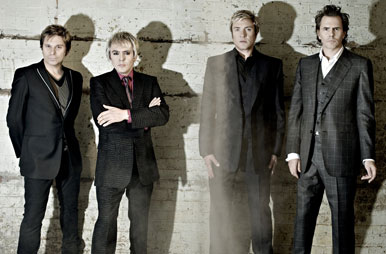 It reminds me of this. 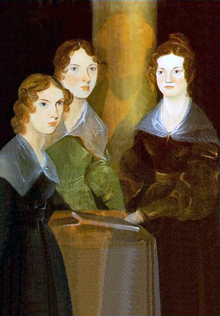 A reminder: Starting next week and continuing through mid September, this letter will be going out only once a week, on Thursdays, instead of twice. Summer hours for newsletters! The plan is to continue with the “Feed Your Monsters” theme for the next couple months with some digressions here and there.

Finally, and also in a super sentimental vein: Since starting Black Cardigan Edit in February I’ve gotten to work with some truly wonderful writers and clients. It’s been fantastic and so much fun. Those projects and starting this letter have been two of the very best parts of my past year. Thanks so much for subscribing and reading.

Until next Thursday,
hoping you know you’re something special and you look like you’re the best,
CAAF