Harriet Hardiman was ‘a cat’s meat man.’ That is, she went out most days with a handcart full of chopped meat on skewers to sell to cat owners. So, just to emphasize, meat for cats, not of cats. Specifically, horsemeat—gnarly leftovers collected from nearby slaughterhouses. In Victorian-era London, there were hundreds of cat’s meat men (and women and, sometimes, kids), with beats in poor neighborhoods as well as posh ones. Hardiman would have had regular routes, regular customers, as well as regular cats padding behind her as she made her rounds, attracted by the scent of her cart.

I know about Hardiman because she lived at 29 Hanbury Street in Spitalfields, and it was at 29 Hanbury Street where, early one morning, in 1888, the body of Jack the Ripper’s second victim, Annie Chapman, was discovered, lying against the steps at the house’s back entrance. Chapman didn’t live at the house—she lived at a lodging house nearby—but because of where her body was found, everyone at 29 Hanbury was interviewed and questioned. Seventeen people lived there in all. Hardiman occupied two rooms on the house’s ground floor with her 16-year-old son. Their front room served as a cat’s meat shop by day and as their bedroom at night. (The smell!) One side effect of reading about Jack the Ripper is learning about some of the people who lived in these crowded London neighborhoods, and who, because of the investigation and the ongoing fascination with the murders, have had their names, professions, and daily routines recorded and faithfully kept when otherwise they probably wouldn’t have been. “Cat’s meat man” is one of many now obsolete professions—like “sieve maker” and “laborer in an indigo warehouse”—you’ll bump up against. Reading about the murders themselves gives me nightmares, but I do like this other part of it: that while we still don’t know who Jack the Ripper was (and I doubt we ever will!), we do know something of the people who lived at 29 Hanbury Street. I like especially the “two unmarried sisters who worked at a cigar factory” who lived in a back room on the second floor. 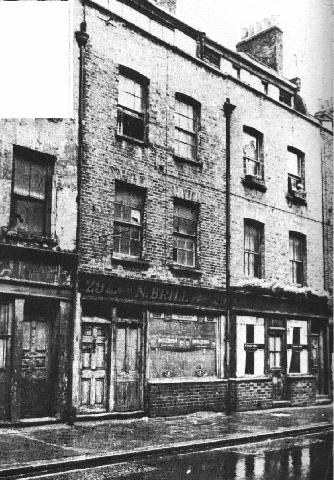 I was reminded about Hardiman’s profession because of a biography of Charles Dickens I’m reading right now, which is Peter Ackroyd’s mammoth one. Dickens—as you probably already know—had a great passion for the theater, dating back to his childhood. Even by the theater-loving standards of the day, he was crazy about it. He would go as many days a week as he could, and he studied to be an actor before pivoting to writing and journalism. There’s an endearing mention in the biography of the practice he put in to these acting studies, working on his exits, entrances, and “such apparently simple theatrical tricks as sitting upon a chair.” As Ackroyd describes it, the love of performing was always with Dickens, and, as a very young child, he’d be set on a table to sing and dance for the amusement of his parents’ friends.

“‘The Cat’s Meat’s Man’ was one of his favorites,” Ackroyd writes of these performances, continuing with the lyrics:

Down in the street cries the cat’s meat man,
Fango, dango, with his barrow and can.

It’s the sort of yesteryear lyric that would have been completely mystifying if I hadn’t known about Hardiman. Fango, dango! 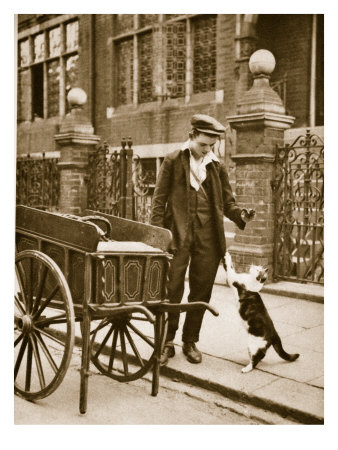 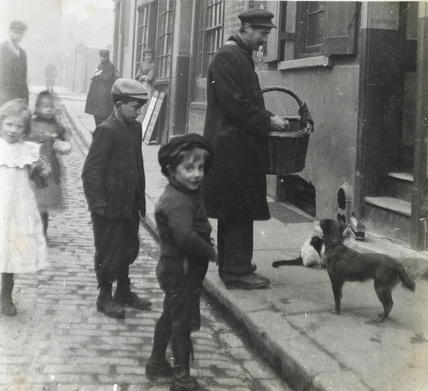 Looking into it more, I ran across an 1868 article about the trade in a children’s weekly paper of the time called Chatterbox. The author estimates that there were then upwards of 300,000 cats in London (the city’s population was then a little greater than 3 million so that’s about 1 cat for every 10 people):

As the cats’ meat man passes by the different houses, and announces his approach by a peculiar nasal yell, the cats may be seen furtively stealing up their respective areas, and eagerly seizing the meat which is thrown down to them. In large warehouses or breweries in the city, where numerous cats are kept, ‘feeding-time’ is a scene almost worthy of the Zoological Gardens.

So there you are, your horrifying-wonderful visualization for the weekend: cat’s meat-man-arrival frenzy.

A few other obsolete professions have been creeping into the Dickens bio as well. My favorite so far has come in this description of one of his schoolmates: “the natural son of a soap-boiler.” Earlier this week, I was out and overheard our own time’s version of this. One woman was speaking to another and she said, “I was a travel agent. That’s what I was! I was a travel agent.” (She said it so innocently, I don’t think she’d seen the 30 Rock bit.)

Until next Tuesday,
wishing the best to you and all 300,000 of your cats,
CAAF