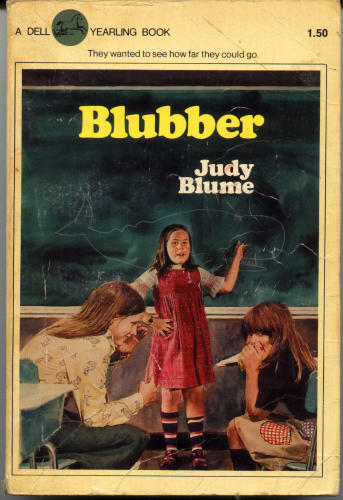 A major influence on young Dickens.

First, let me say that I sprang for a month-long subscription to the Oxford English Dictionary online this week and, yes, I’m excited to put it to OSTENTATIOUS USE in this entry. I’ve been rereading Great Expectations for a fun project, and as I’ve been going along I’ve been struck most especially by the verbs. There are so many good ones—and of such different stripes! So with an OED assist, for today’s note, I thought I’d go deep on two of them, both of which contain “b” sounds but don’t have much else in common: ‘imbrue’ and ‘blubber.’

‘Imbrue’ makes its appearance in Chapter 2 of the novel:
What if the young man who was with so much difficulty restrained from imbruing his hands in me, should yield to a constitutional impatience, or should mistake the time, and should think himself accredited to my heart and liver to-night, instead of to-morrow!

I thought I knew what ‘imbrue’ meant from the context—something like “wrapping hands around” or “snatching” or “strangling”—but no, it means “to wet or moisten; to soak; to drench, especially in blood.” From Old French, natch. The OED gives its meaning, in the sense that Dickens is using it, as “To stain, dye (one’s hand, sword, etc.) in or with (blood, slaughter, etc.).” First usage listed: 1529. Great Expectations was published in 1861, and this Ngram shows ‘imbrue’ was already mid-fizzle then. (“Still more than I ever had!” cries swivet.)

Who knows, maybe ‘imbrue’ will yet be rediscovered and enjoy a renaissance: “Taylor Swift imbrued her hands in…” (It’s weirdly enjoyable to complete that sentence. Also fun to do with Martha Stewart: “… good things,” said Martha, drawing out her sword.)

(Aside: Along with its definition, Merriam-Webster gives a list of words that ‘imbrue’ rhymes with—in case, I guess, you wanted to work it into a song or poem. This list starts off with “accrue, achoo, adieu, ado, Agnew, aircrew…” I don’t know why I find that list so enjoyable but I do. Achoo, Agnew! Also, it’s reminiscent of this poem’s rhyme scheme.)

Our second Dickens verb, ‘blubber,’ comes into the novel only a few pages after ‘imbrue.’

One black ox, with a white cravat on—who even had to my awakened conscience something of a clerical air—fixed me so obstinately with his eyes, and moved his blunt head round in such an accusatory manner as I moved round, that I blubbered out to him, “I couldn’t help it, sir! It wasn’t for myself I took it!”

You already know what ‘blubbered’ means. It came into use around 1400, says the OED. Back then, it was used as a description of the “foaming or boiling of the sea,” which is kind of fascinating, like how is this/ how is this not related to the meaning of ‘blubber’ as whale fat? I’d guess a whale surfacing would create the sea-boiling (ask Melville) but the OED appears silent on this relationship, alas. Anyway, ‘blubbering’ as a sobby kind of cry came into use a couple centuries later. From 1590: “The teares trickled down the vermilion of her cheeks, and shee blubbred out this passion.” (This sounds, wonderfully, like something a young Anne Shirley would write, doesn’t it?)

It’s entertaining as you’re reading Great Expectations to watch the dancing back and forth between the ‘imbrues’ and the ‘blubbers.’ A few chapters after ‘blubber,’ Pip—the novel’s narrator—is “bawling” (as in yelling, not weeping) for Estella to summon her to Miss Havisham’s room. It’s meeting the beautiful Estella, of course, that first makes Pip so unhappily aware of himself as a “coarse” village kid and sparks his yearning to become a gentleman (that is, turns him into “restless, aspiring, discontented me”). The mix of verbs Pip uses—the village-y “bawls” and “blubbers” stippled with the gentleman’s Romantic “imbrues”—is a nice mirror of that restless, aspiring self.

Ugh, Dickens, why r u so good?

A happy thing: Longreads will occasionally be sharing installments of this newsletter on their blog! The first one, In the Library with Ta-Nehisi Coates, went up earlier this week.

Until next Tuesday,
may your seas be smooth and free of blubbering,
CAAF