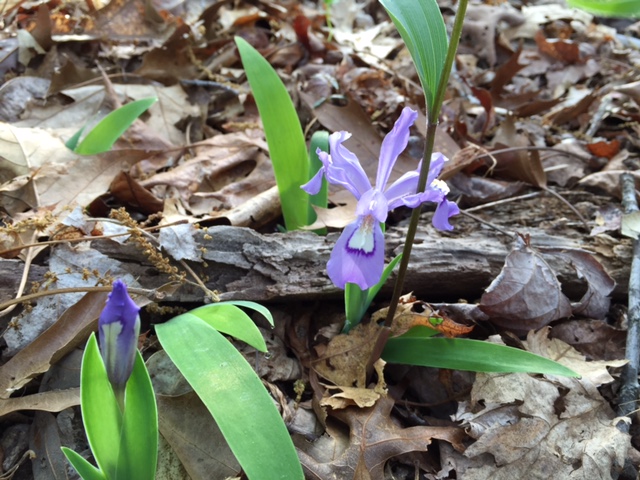 I started taking yoga a few years ago with a gentle class for beginners on Friday mornings. It was magic. When it stopped being offered, I moved to a studio closer to my house that offers bikram yoga. I’ve been going now fifteen months, which is a shorthand way of saying I’ve generated a lot of sodden, gross laundry and seen more asexually existing nutsacks encased in stretch fabric than all my previous years on earth combined.

If you don’t know bikram, it’s the kind of yoga where the room is cranked super-hot—105 degrees or so. It’s humid, too. The class lasts an hour and a half, and the teacher recites a script that guides you through the practice’s 26 different poses. You do all the poses (except one) twice. The sequence is always the same. Always. The script is always the same, too, although as you start to go more often you begin to notice how each teacher varies it and places their emphasis in different places. For example, there’s one teacher at my studio who uses a soft soothing voice to get us all into Camel pose—it always reminds me of Strider talking down a horse that’s panicky about backbends—while another teacher might rev you into it. There’s no music. Half the poses are done standing up, then you’re down on the mat for the rest.

The postures themselves would be—I think?—not especially hard (compared to many yoga classes), except that you’re trying to do them in that very hot room. At the place where I take, the studio room is dimly lit and painted grey, and it feels sometimes like being trapped in a cramped, crowded, windowless shoebox. Which would make me the dead parakeet buried inside. And it’s hot, so hot! Your mind can get loose in there. Once I was standing behind a guy who was wearing really tight swim trunks with a print of the galaxy on them (stars and bright brilliant gassy nebula), and as the class continued I got lost in a dizzy reverie of whether the stars in our galaxy were similarly compacted within the galaxy confines as the stars printed on his swim trunks, and maybe the stars stuffed in my brain were similar to the stars stuffed in the galaxy, all packed against my skull trying to burst out. (“‘We’re all just stardust,’ exclaimed the woman in the striped tanktop before throwing up on her mat and passing out.“) Last week I was lying on my mat, with the heat prickling up and down my skin, and thought with vivid clarity, “I am Smaug. I am Smaug. I AM SMAUGGGGGGG.”

It’s fun! It’s horrible! It’s persnickety and boring and absurd. I like going three to four times a week.

Advice For The Anxious & Stuck Courtesy Of Hot Yoga

This isn’t to suggest that you should start going to hot yoga! Not at all. I can see many, many, many reasons why being in a hot humid crowded room wondering “am I going to puke or not?” for 90 minutes is not for everyone. (And here is one cautionary tale.) But I did want to share a lesson from class that’s been helpful to me over the past year.

It’s a part of the teacher dialogue that comes up in the fourth pose of the series, Eagle. For Eagle, you do this thing where you get your arms all in a pretzel and then you lift one leg in the air and try to wrap it around your balancing leg like a jungle tendril wrapping around a tree trunk. I managed to achieve the wrap the first class I went to and have never been able to do it since (the only explanation I have for that one success is that I was so nervous and self-conscious that day that I grew a temporary extra joint). Generally, my foot does not even come close to wrapping and it’s usually at the point that I’ve tried and am thinking some version of “the answer’s still nope!” that the teacher will say, as a part of the dialogue,”If your foot does not wrap today, point it in the direction you want to go.”

This is one of the lines that has started to seem meaningful over time. Perhaps because of the heat! But I really like the idea that when you can’t do something fully, you should try instead to aim yourself in the general direction of where you hope to end up. Of course there is a lot in yoga that’s about this sort of idea, and it’s tremendously helpful if you’re the sort of person (which I am!) that likes to catapult toward “I do this well or I don’t deserve to do it at all” scenarios. It’s a mindset I’ve been trying to nudge myself out of—and that one sentence has been a good spark. If you can’t write the thing beautifully or as you see it in your head, it doesn’t matter: point in the direction you want to go. If you can’t fulfill that resolution or goal today to the 100% mark, that’s okay: point in the direction you want to go.

You don’t have to be perfect. You just have to point yourself—as brightly as the bursting galaxy stardust you are—in the direction you wish to go.

The writer Amy Brady was kind enough to interview me about the Black Cardigan newsletter and why I started it for the Indianola Review!

Yours until Thursday,
SMAUG,
CAAF