Doing book research this week I came across a few great descriptions of J.P. Morgan (the original 1837-1913 financier/robber baron, not the firm today). If you’re not interested in J.P. Morgan, don’t worry—neither am I, particularly! But I do enjoy descriptions of vivid personalities, and so am sharing these for this Thursday’s short, sweet note. They’re all nabbed from Jean Strouse’s biography, and all come from people who knew him.

First description, from a family friend remembering Morgan: When he came in a room “you felt something electric. He wasn’t a terribly large man but he had a simply tremendous effect—he was a king. He was it.”

Quick jog over to Wikipedia and here is his picture. 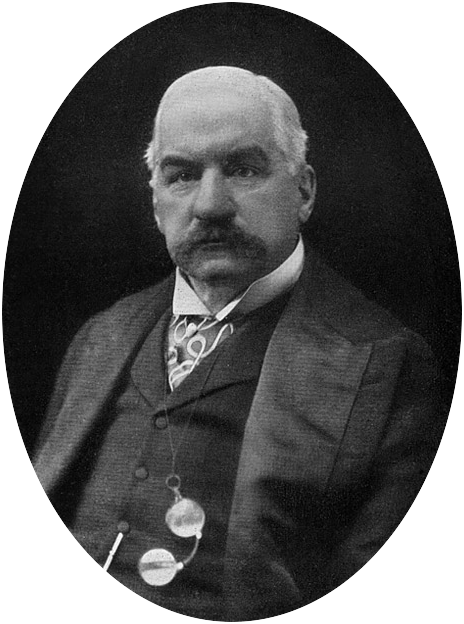 Second description, written in a letter in 1909: “[T]he popular idea of this man is very wide of the truth. He is neither hard nor cunning. Outwardly he is rough because he is very strong & yet very shy & has no command of words. … He has made big mistakes & even when his schemes are well conceived, he runs big risks of being tripped up or attacked in flank by meaner or smaller men. … His shortcomings are so patent that they almost add to his attraction.”

(It’s the last sentence I love.)

Then third, my favorite, from Belle da Costa Greene, who was Morgan’s librarian (and a fascinating person in her own right): He was “the most exhausting person I know. He often tells me he ‘likes my personality,’ and yet when I leave him I feel utterly divested of it—as of a glove one draws off and gives to a friend because he likes it.” 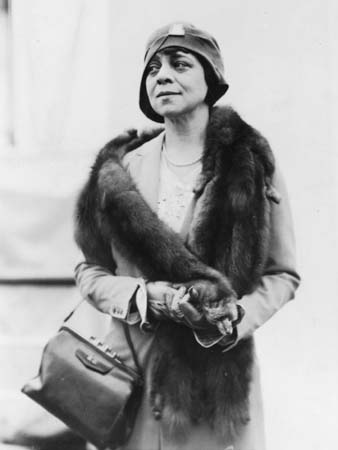 On Your Marks, Get Set, Autobiographake

Discussing ‘Great British Baking Show’ on Twitter this week (haha!), a pal reminded me of this lovely little thing about Norman, from Season 5. It came at the close of the finale episode, when they were giving updates about what each of the season’s contestants are up to. (Screen grab purloined from a larger Norman appreciation.) If you’re not interested in the ‘Great British Baking Show,’ don’t worry—I have enough interest for everyone! 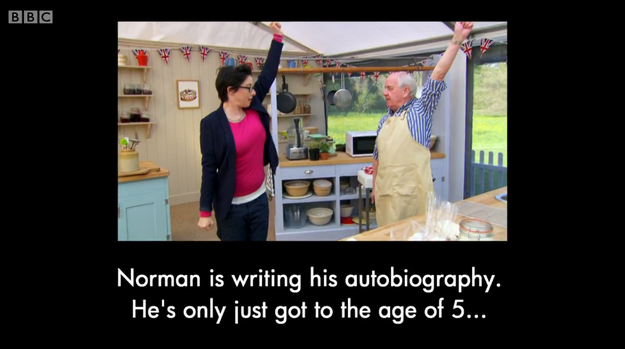 So many questions, but I think uppermost is, how many pages (or volumes) was the autobiography running through this point?

BTW, I happened to do a little googling and found the beginning of Norman’s autobiography—it’s called Speak, Shortbread:

The cradle rocks above an abyss, and common sense tells us that our existence is but a brief crack of light between two eternities of darkness. Although the two are identical twins, man, as a rule, views the prenatal abyss with more calm than the one he is headed for (at some forty-five hundred heartbeats an hour). I know, however, of a young Scottish baker who experienced something like panic when looking for the first time at a picture of homemade cakes that had been made a few weeks before his birth. He saw cakes that had had pretty good bakes — good rise, good distribution of fruit — and then realized that he did not exist in the kitchen at all and that they would be eaten without him.

Until next Tuesday,
hoping that you keep all your gloves,
CAAF