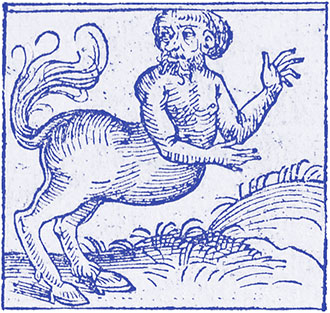 If you have big creative goals for the coming year
but feel as if you’re starting from zero,
this program is designed for you.

Once upon a time I used to decide that I was going to “start running.” I’d walk to the street with a grand plan and begin to jog. The jog would become a shuffle. Then when I got too tired to go on (aka, was a couple blocks from my house), I’d skulk back home. Sometimes I’d go out again the next day. But most often I wouldn’t. The experience of plodding forward, in that indefinite and awkward way, was too dispiriting to want to repeat it.

Writers have their own version of this, of course. Because I’m an editor, people often tell me about when it’s happened to them (and because I’m a writer myself, I’m familiar with it all on my own). It goes like this: You’re busy-busy-busy with the rest of your life. Miraculously, you manage to scratch out some time to write and instead of it being a big euphoric treat—*montage: feverish tapping on the laptop*—it ends up the equivalent of the lurching kind of shuffle that gets you only a block from home before you pfft out. You might name a file, put a couple sentences in there, then close it again. For weeks or months.

It’s easy when this happens to think of it as some sort of verdict on your worth as a writer, or on your will power and discipline. It’s not, though. It’s simply a sign that you haven’t found the support and creative method that works for you yet. That’s all.

With running, things changed when I found the right method. (Which, by the bye, turned out to be Couch to 5K, and I recommend it heartily.) Likewise, as an editor, I regularly get to witness what happens when the writers I work with begin working with better methods and mindset. Ancient Word files and outlines get revived. Ideas start sparking. One chapter becomes multiple chapters becomes a draft.

It’s always tremendously exciting to see this happen—and it’s why I created Beast Accelerator, which is a five-week creativity jumpstart designed to help you do exactly what I’ve described here: go from a creative standstill to a place of meaningful momentum.

WHAT IS BEAST ACCELERATOR?!?

This first run of Beast Accelerator will start on January 27 and go five weeks. I’ll be accepting a small group of writers for it, and I’ve designed it to supply exactly what I’ve found creative people need when they’re in that “pfft” standstill spot: brain food + structure + connection & support.

THIS WOULD BE A GOOD PROGRAM FOR YOU IF…

You’re a writer or artist who:

I’ll be accepting only a limited number of people into the group. It doesn’t matter at all if you’re feeling stuck, or between ideas, or anything like that (in other words: there’s no need to be shy), but I do only want writers in the group who are engaged and committed to taking part.

If you’d like to apply, fill out the contact form below and I’ll be in touch to set up a Get Up To Speed Beast Chat. There’s no obligation with the call. It’s just to share more details about the program and make sure it’s a good match for you.