Area woman enjoys looking inside other people’s notebooks, thinks maybe you do too. Here are pages from the diaries and notebooks of Sylvia Plath, Octavia Butler, and Frida Kahlo. 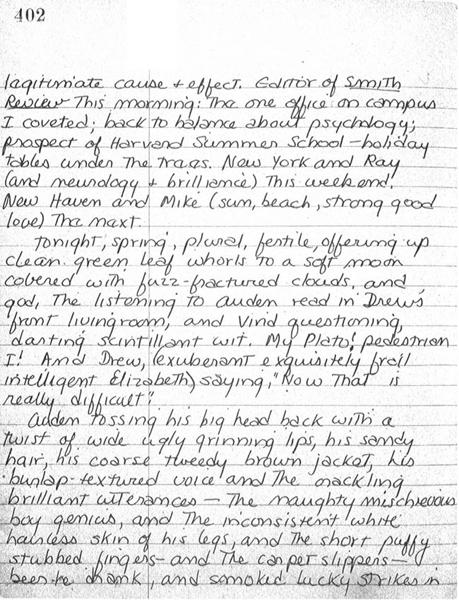 This journal page is included in Sylvia Plath’s Unabridged Journals. It’s from an entry written while she was at Smith–this wasn’t at all what I expected her handwriting to look like. 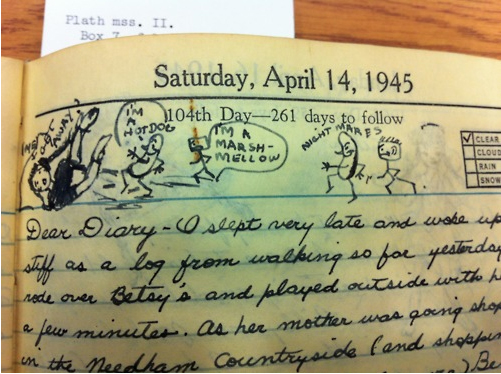 A doodle she made, at 12, of a dream she had: “I am a hotdog” “I am a marshmallow.” Look at those creeping figures! And the marshmallow’s grimace! Also also: “Dear Diary— I slept very late and woke up stiff as a log…” is how all my journal entries start too. 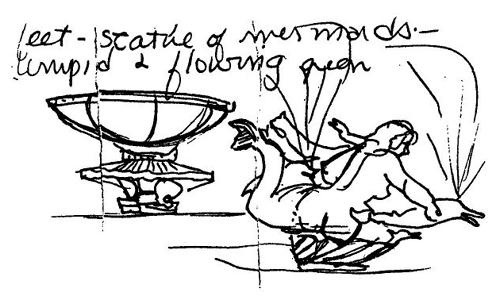 And a later sketch of a mermaid. (I wrote about Plath and her journals—and !@&#* Bradford pear trees—here.)

Octavia Butler’s So Be It! And See To It!

These images were making the rounds last month so you may have already seen them. But I think they’re great and wanted to include them here. They’re from the notebooks of the SF writer Octavia Butler. Huntington College, which holds her archives, released them to mark the 10th anniversary of her death. 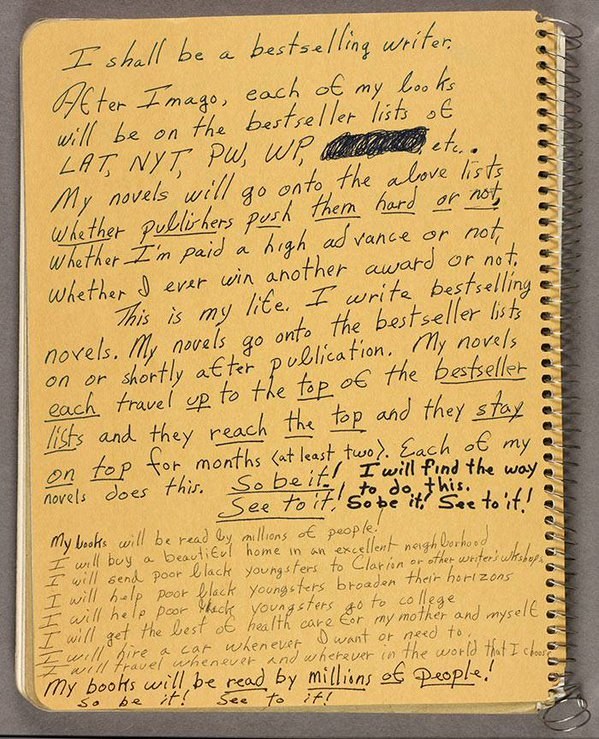 This one is from a commonplace book that Butler was keeping in 1988. If like me, you’re doing The Artist’s Way, PLEASE NOTE that this is a full page of affirmations. “My novels go onto the bestseller lists on or shortly after publication. … So be it! See to it!” 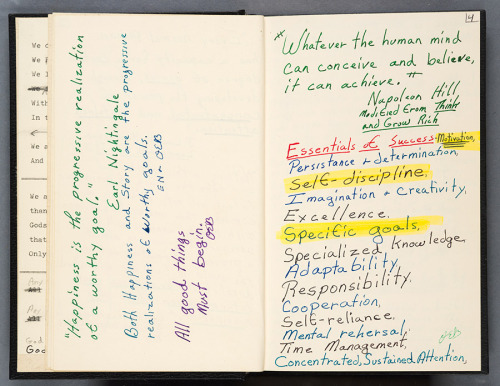 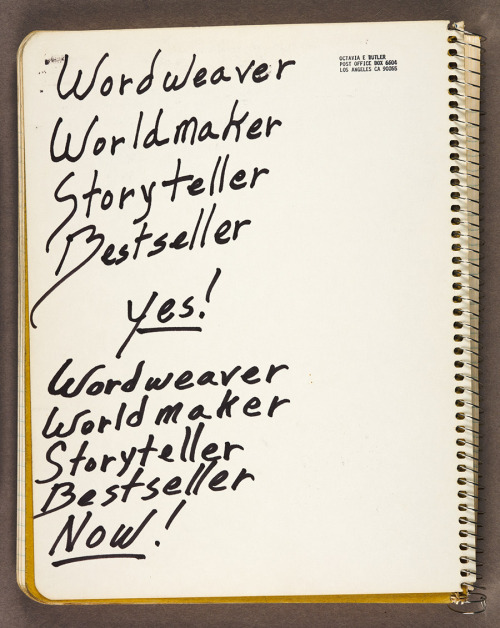 Images from two other of her commonplace books. If you haven’t read any Butler, I’d start with Kindred or Parable of the Sower. It entertains me that someone of her stature had to talk to herself about “time management” and “concentrated, sustained attention” too.

Frida Kahlo’s Notebook Is Prettier Than Yours (Of Course) 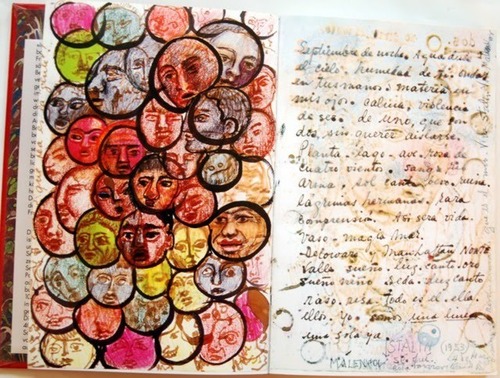 ALL THOSE FACES! Look closer: 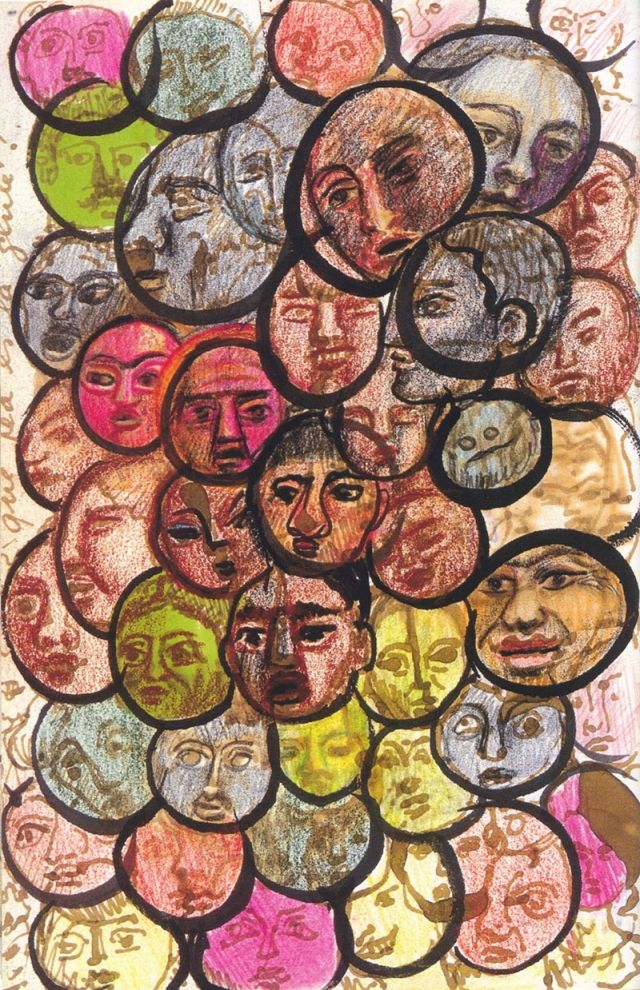 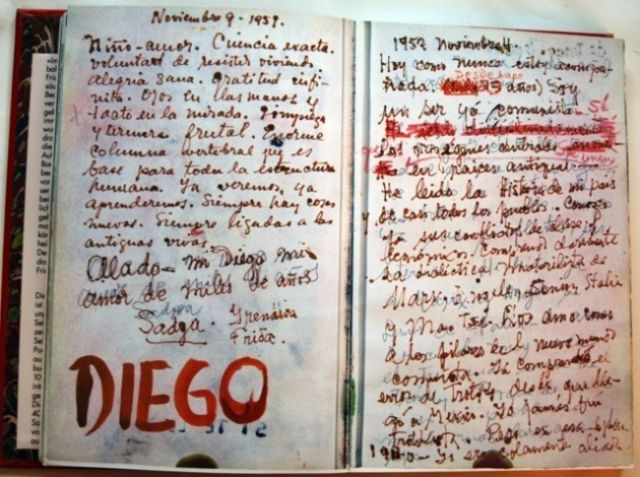 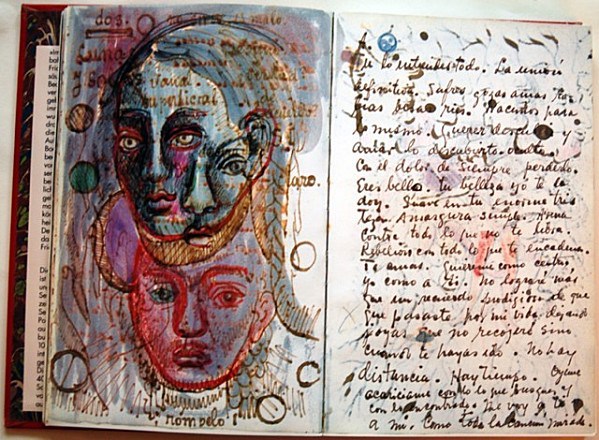 All three entries are from The Diary of Frida Kahlo.

Until next Tuesday,
so be it! see to it!
CAAF