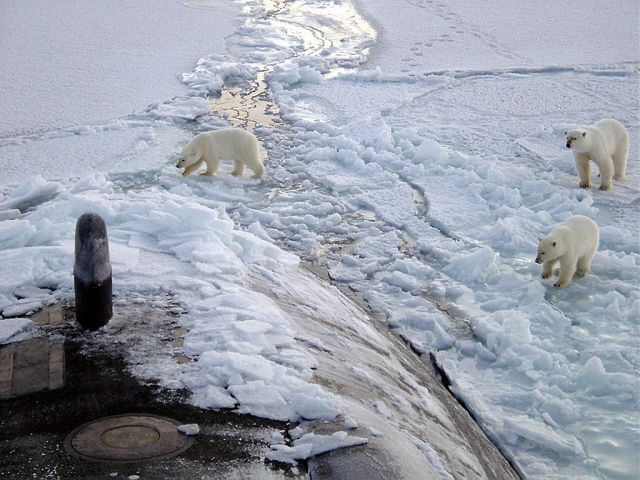 “She could have been a good writer,” the polar bear said, “if it had been a bear to eat her every minute of her life.” (Photo by Alphonso Braggs.)

In Tuesday’s letter I mentioned having to have certain epiphanies about writing over and over again. As a follow-up, I thought I’d dedicate this Thursday’s short, sweet note to epiphanies lost & found.

In the first category is an essay a reader directed me to about Flannery O’Connor and her awareness of the fleeting nature of epiphanies. It’s by Jim Shepard, and uses this line from O’Connor’s “A Good Man Is Hard To Find” as its base:

“She could have been a good woman,” The Misfit said, “if it had been someone there to shoot her every minute of her life.”

Why Are You Doing This?

And in the Epiphanies Gained category, an essay that Maria Bustillos wrote a while back called “The Question.” It’s about the best advice she’d ever received, and its pivot point has stayed with me:

Van Luchene found my writing facile (it was), though he didn’t put it that way; instead, he gently said that my skill with language was in danger of blinding me to the weakness in my arguments; he illustrated this point with humiliating examples that I can no longer remember. What I do remember is that all he said was so blindingly true as to reduce me to a pulp, more or less. More questions. And then the one, the advice, the thing that I still remember constantly, after an hour’s conversation about Plato, about the Phaedo, the afterlife, the soul, immortality, the ideal, the eidos.

The speeding train of my babbling was here forced to make the sudden acquaintance of a brick wall. I realized at once that this was in no way a bullshittable question.

Good ol’ Van Luchene! I picture him on Oprah leading the shortest, least dynamic, and yet somehow most effective segment ever.

Oprah: “Please welcome college professor Van LUCCCCCH-ene!”
Van Luchene (sepulchral, to camera): “Why are you doing this? Why are you interested in it?”

Repeat Epiphany Of The Week

This week the greatest writing epiphany I had for the 900th time was, how much I need Freedom. You may already know this, but in case not: With the new version, you can schedule ahead of time when it comes on and whisks the internet away, and—please forgive the lapse into marketing speak—it’s really freaking fantastic.

Until next Tuesday,
hoping you win more than you lose,
CAAF